When it comes to questions of design, the decisions we make are all subjective. Which line goes where, which font to use, and what colours look best are all personal decisions that we can justify as individuals. However that is not to say that some people are wrong, or at least, less right.

In browsing the web, it’s quickly evident that each designer and client has their own opinion on what they think looks “good” and what they think works for that particular website. However for a designer or developer the most complicated step, I would argue, is not choosing the best design, but instead it is getting what the client wants, while still having some input over what is created. Take for example music in the background of websites, and “splash screens”. Both of these concepts were extremely popular 5+ years ago, however nowadays these concepts have slowly been phased out in place of more effective homepages and visually enticing designs. While most developers and designers would agree that these concepts are no longer used or effective, explaining this concept to some clients is difficult; if not impossible.

In my opinion, it is the role of the designer or developer obviously not to just ignore the client’s requests, however it is also not their role to accept everything the client wants. In some cases it is important to sit down and explain why what they are requesting is not what they actually want. If every designer were to do exactly what the client has asked for, we would never move forward with designs that are new and exciting, instead being stuck with what the client has seen in the past and enjoys from sites that already exist. However designers can also not simply come up with an idea on their own, or the site won’t reflect the true values and content of the company they are designing for!

It is a difficult question, and one that differs (from my experience) client-to-client. Some like the idea of being involved in every step, however others would prefer to see what I can come up with, and work from that.

So what do you think? How much input in design should a designer have? Should it be a matter of turning someone else’s ideas into a reality, or should there be a level of filtering and adjudication input?

Identiti confirmed as a Major Sponsor of Young Variety for 2017

Couldn’t be prouder and happier to support Young Variety SA for another year! 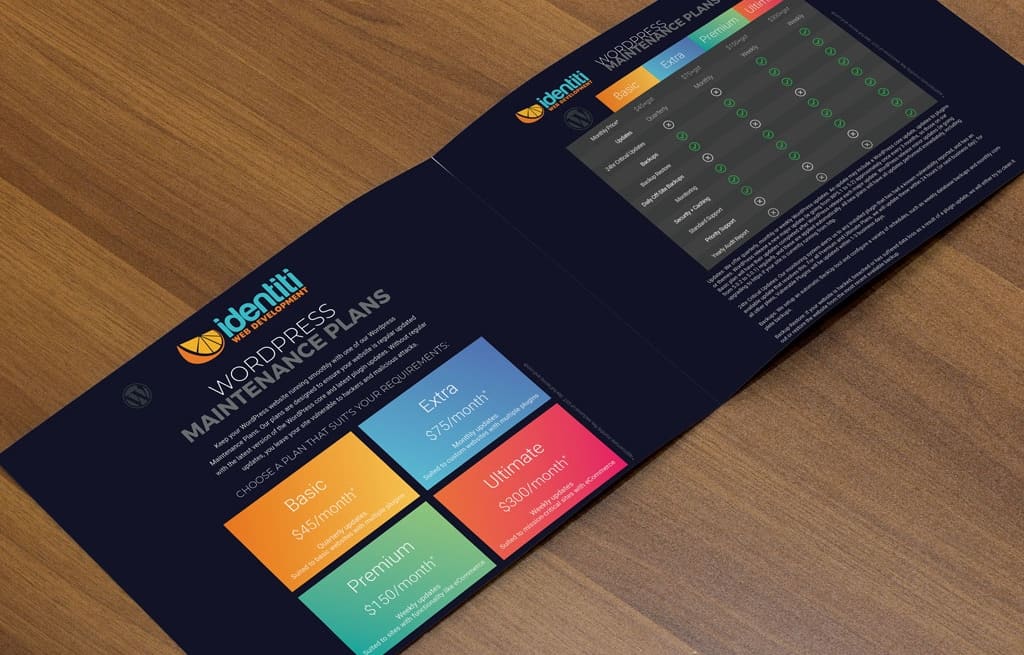 We have completely revamped our plans to provide our customers far greater value, with better monitoring, disaster recovery,